Home Office publishes new guidance on use of CCTV in domestic property.

An individual has the right to protect their property and this can be done by installing Video surveillance where necessary, such as a security measure. However, the Surveillance Camera Commissioner recommends that users of such systems should operate them in a responsible way.
The home office has published guidelines and a document listing the considerations to guide users through the steps for ensuring that your surveillance system reduces the risk of intruding on the privacy of members of the public and neighbours. View document here.

TeleVigil Associates have updated and amended the Compliance-Plus service to include the advice given in BS 7958 which gives recommendations for the operation and management of Video Surveillance Systems (VSS) and Closed Circuit Television (CCTV) within a controlled environment. It applies where data that might be offered as evidence is received, stored, reviewed or analysed. It also applies to the monitoring of traffic regulations.

BS 7958 applies to VSS and CCTV schemes used in public places such as the following:
a) Areas where the public are encouraged to enter or have a right to visit, such as town centres, shopping malls, public transport, health establishments, etc.
b) Schemes that overlook a public place, such as traffic monitoring schemes
c) Private schemes where a camera view includes a partial view of a public place.

BS 7958 also provides good practice for all other VSS & CCTV schemes. For control rooms whose operation falls within the scope of BS 7499 or BS 5979, all of the security requirements, both physical and procedural, of the relevant British Standard remain applicable.

VSS & CCTV schemes that process data about a known person are obliged to conform to certain legislation, most importantly the Data Protection Act 1998 (DPA), Protection of Freedom Act 2012 (POFA),the Human Rights Act 1998 (HRA) and the Freedom of Information Act 2000. BS 7958 is designed to supplement that legislation in a model code that ensures fairness, purpose and responsibility. Attention is drawn to the Private Security Industry Act 2001, which contains provisions for regulating the private security industry. A person falling within the definition of providing security industry services under the Private Security Industry Act 2001 is required to be licensed in accordance with that Act.

BS 7958 provides recommendations on best practice to assist users in obtaining reliable information that can be used as evidence. Whilst some schemes might not need to meet the DPA criteria, compliance with the code of practice is strongly recommended, particularly where schemes include an element of observation of the public.

BSI, the business standards company, has revised BS EN 62676-4:2015 Video surveillance systems for use in security applications – Part 4:Application guidelines. The standard which saw input from the Home Office, the Metropolitan Police and Transport for London, provides guidance on how to ensure that video surveillance systems (VSS), which are referred to as closed circuit television (CCTV), meet their functional and performance requirements.

VSS is a means of providing images from security cameras and recorders for viewing on a display via a transmission system. There is no theoretical limit to the number of cameras and displays which may be used in a VSS installation but in practice will be limited by the efficient combination of control and display equipment, and the operator's ability to manage the system. The successful operation of a VSS requires the active co-operation of the user in carrying out recommended procedures.

The aim is to achieve worldwide interoperability for CCTV, and as such the BS EN 62676 series of standards for video surveillance systems for use in security applications, are the joint European/international adoptions of the BS EN 50132 series. This recent revision has an added national annex for security grading application for video surveillance systems providing a shorthand way to simplify the specification of system requirements.

Anne Hayes, Head of Market Development for Governance at BSI said: “The Surveillance Camera Commissioner has already endorsed the use of this suite of CCTV standards for systems that need to follow the Surveillance Camera Code of Practice. This type of unity can only provide the best reassurance and peace of mind for the public, who rely on video surveillance systems to be operating optimally, to ensure their safety.”

• Provide a framework to assist customers, installers and users in establishing their requirements
• Assist specifiers and users in determining the appropriate equipment required for a given application
• Provide means of evaluating objectively the performance of the VSS

The development of BS EN 62676-4 followed the international and European procedures, comprising international and European expertise contributing to the technical development of the documents. These were advised at a national level, including in the UK, by a broad range of stakeholder communities and individual expertise. The collaborative consensus-based process also saw input from such organizations as: NPCC (National Police Chief’s Council), Association of Security Consultants, British Security Industry Association, CCTV National Standards Forum, Electrical Contractors Association, Fire Protection Association, Fire and Security Association, National Security Inspectorate and SSAIB.

The National Police Chiefs’ Council Security Systems Policy (formerly ACPO policy) has just been published and can be found and downloaded from the Secured by design Website. Link here.

Fears over footage from  police body cameras as concerns are raised about the way a private company is storing highly sensitive videos recorded by police officers.

A police force has told Sky News it is seeking assurances from a private company about what has happened to sensitive evidence from cameras worn on officers' uniforms.
The Home Secretary is being urged to take action, with shadow policing minister Jack Dromey saying he cannot be sure that videos of crimes and confrontations recorded by around 1,700 police body-worn cameras are safe. for the full report go to Sky NEWS

Are you Living on the move and secure?

An internal police review has found the operation of Scotland's CCTV systems risks violating privacy laws.
A new investigative journalism website, The Ferret, uncovered the results of the review.
The review found that much of the camera network used to aid law enforcement is obsolete, relying on technology such as VHS tape to record images.
It recommended a £10m investment in digital equipment.
As part of its review, Police Scotland surveyed 31 of Scotland's 32 local authorities. It found that 12 did not have an internal audit mechanism "to ensure compliance with the requirements of the Data Protection Act".
The police review proposed a revamped and centrally-coordinated network with high definition cameras linked to a new police computer system known as i6.

Scottish Liberal Democrat leader Willie Rennie said the proposal "poses a number of questions about privacy".
The Scottish government said its national strategy for public space CCTV "facilitates a more strategic approach to CCTV development and management for local partners".
Camera network
CCTV cameras for law enforcement in Scotland were first introduced in Airdrie in 1991.
There are now about 3,000 cameras in use. But 80% of them rely on analogue technology which is out of date, with spare parts increasingly difficult to obtain.
The current and capital expenditure on the cameras is reported to total nearly £30m each year, split between local authorities and the police.

The gathering, control, storing and use of video images is covered by the 1998 Data Protection Act. And organisations that breach the act may be fined upto £500 000

The full report may be read on the bbc website

UK citizens believe video-equipped drones in the police force will do more good than harm, according to a study evaluating public opinion on surveillance and personal data breaches.

Despite security and surveillance concerns, most UK citizens surveyed believe video-equipped drones will have a positive impact and see them as a method of reducing anti-social behaviour (49 percent) and improving safety (26 percent), Unisys’ latest report on consumer opinions toward personal data and surveillance found.
Just 22 percent viewed drones [Drone] a physical danger to the public, and 40 percent feared they will compromise privacy if adopted in UK streets, indicative of the balancing act government and private firms need to manoeuvre to maintain trust within the UK.

The full article can be read in Tech world 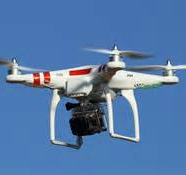 TeleVigil Associates were invited to tender and selected to carryout security risk assessments and CCTV compliance audits for ferry company Calmac Ferries Ltd. The audits were completed by Andy “Mac” Brooks over a period of two months which included over 80 locations and vessels operating in Western Scotland and the Western Isles.

CalMac Ferries Ltd (CFL) is a wholly-owned subsidiary of David MacBrayne Ltd, which is wholly owned by Scottish Ministers. Caledonian MacBrayne and CalMac are trading names of CalMac Ferries Limited.

The company operates a fleet of 33 vessels that provide lifeline ferry services to the communities of the Clyde and Hebridean Islands.

CalMac Ferries sail to 51 different destinations via 27 routes, operating from 51 ports and slipways and covering approximately 60,000 square miles. Their network spans some of the most spectacular coastlines and landscapes in Scotland, from Arran in the Firth of Clyde to Lewis in the Outer Hebrides.

CalMac operates a high quality service that is safe, reliable and affordable, focused on customers’ needs and comfort, and is committed to the highest management standards. Their aim is to be acknowledged as the leading ferry company in the UK, providing value for money, supporting the economy and protecting the environment. To find out more about CalMac please visit https://www.calmac.co.uk/. 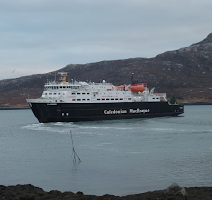 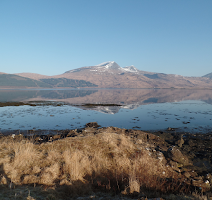 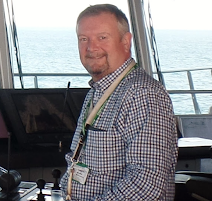